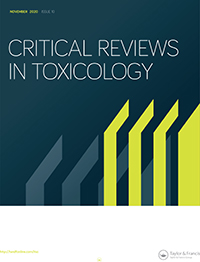 ToxStrategies scientists Dr. Chad Thompson, Dr. Allison Franzen, and Ms. Seneca Fitch and their colleagues have published a pair of papers in a special issue of Critical Reviews in Toxicology that celebrates the journal’s 50th anniversary. The two articles focus on the modes of action (MOAs) by which exposure to formaldehyde is related to leukemia and nasal cancer. The topics are timely, in light of USEPA’s designation of formaldehyde as a high-priority substance under the Toxic Substances Control Act. With regard to leukemia, the research consisted of a systematic literature review dealing with such MOAs, concluding that postulated causation of leukemia by formaldehyde intake is not biologically plausible based on current evidence. The other study looked at formaldehyde-induced nasal tumors in rats and their relevance to humans, emphasizing numerous studies published since 2006 and highlighting the evidence for non-genotoxic mechanisms of cytotoxicity and regenerative cell proliferation in the MOA for tumor formation.